100 YEARS OF CONTINUED FAMILY MEMBERSHIP OF THE LODGE 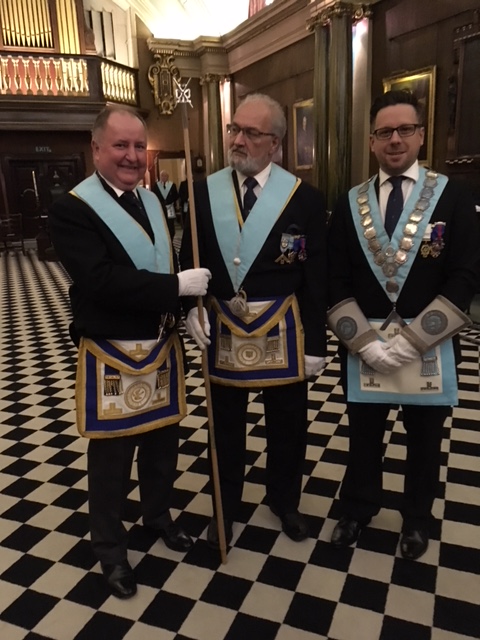 On 16th October 2017, W. Bro Michael Kind celebrated 100 years of continued family membership of the Lodge of the Golden Fleece No. 2081. His Great Grandfather W. Bro Thomas John Gooding having joined the Lodge on the 15th October 1917, having formally been a member of the Carl Lindenberg Lodge in Frankfort on Main. All five members of the family have served as Masters of the Lodge:

W. Bro Kind, on behalf of his whole family now past, presented an engraved DC’s Wand to the Lodge, to be known as “The Anniversary Wand” to be used on all ceremonial occasions by the Lodge.

W. Bro Kind also stated that a very special relationship his family has always had with the Lodge’s younger daughter Lodge, the Lodge of the Argonauts No 8210, his Grandfather, W. Bro Ward having been a principal Founder member, and in view of their 50 Year celebration in March 2018, has also granted full use of the wand to that Lodge, to further mark the occasion.